The communist totalitarian government of Albania was ousted nearly 3 decades ago, yet Albanians still struggle to overcome their past — something which can take a few generations.One such attempt is the conversion of this former surveillance center in Tirana into a museum — to educate, reveal, transform, heal.

“Bunker Art” in Tirana’s city centre converts a former military bunker, remnant of Albania’s communost past, into an underground museum which uses art to acknowledge the past and to educate visitors — employing art as a medium of transformation and healing.

Albania today remains one of the poorest countries in Europe and struggles to strengthen its economy. One improvement project in Tirana is the renovation of its central market, typically the heart of any society. 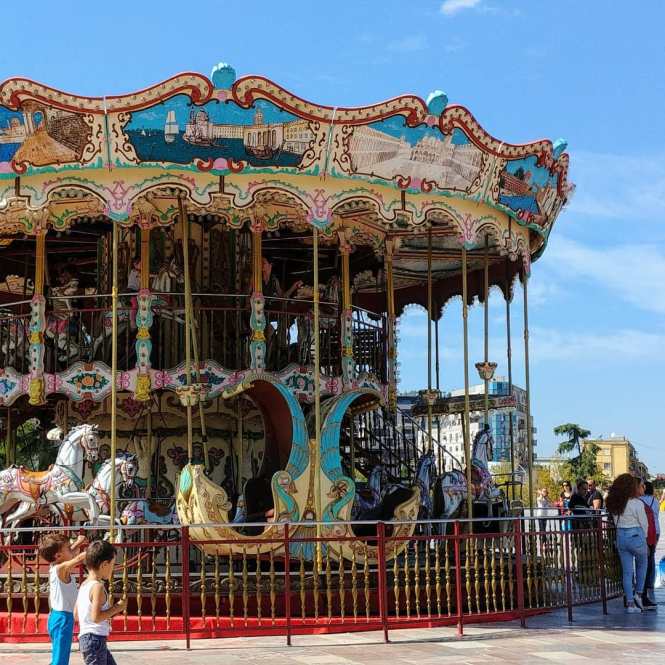 Albania also continues to struggle with organized crime, its mafia reportedly active in many parts of Europe — an issue which still tarnishes the country’s international image. Its people, however, want only what all people everywhere desire: a brighter tomorrow for their children. [Photo: Tirana.]