The small island nation of Bahrain, weekend playland of wealthy Saudis, is a well-developed society with ultra-modern architecture. Originally known for its pearl industry, it was the first in the region to move away from an oil-based economy and is today focused on banking and tourism. This former British protectorate has been independent since 1971, and in 2011 experienced its own ‘Arab Spring’.

The island today known as Bahrain was the first area to adopt Islam as its official religion, in the 10th century. The nation takes a moderate stance on religion today, and other faiths are also permitted — including the appointment of a Jewish woman as ambassador to US, and a Christian female ambassador to UK. However, journalists are known to exercise great caution when writing about religious topics — in order to avoid prosecution.

The National Theatre of Bahrain, in the capital city of Manama, sits on the water adjacent to the equally impressive National Museum, both a testament to this small nation’s dedication to the arts — the theatre the third-largest of its kind in the region. 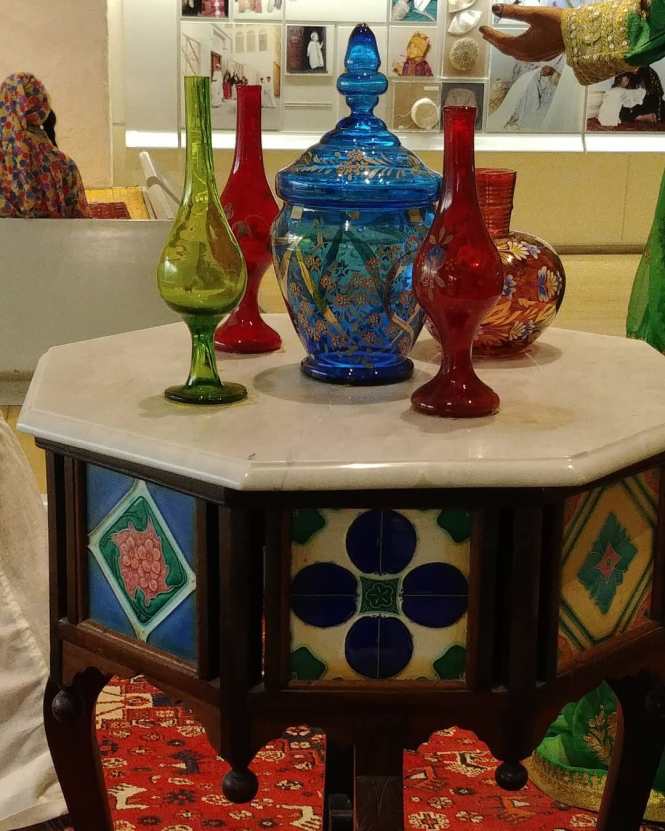 Samples of exquisite glasswork in the National Museum of Bahrain at Manama. The museum focuses on the ancient Dilmun people of the island as well as the ensuing civilisation, displayed in archaeological, ethnographic, and religious artifacts — even a genuine burial mound relocated to the site. Along with decorative arts, it is a testament to the Bahraini people.

This model of a traditional Bahraini home, built to actual size, can be seen in the National Museum of Bahrain at Manama. Extended families shared a home of multiple rooms built in a square around an open courtyard. Homes today typically adhere to similar principles, with exceptionally large common spaces around which smaller rooms can be found. 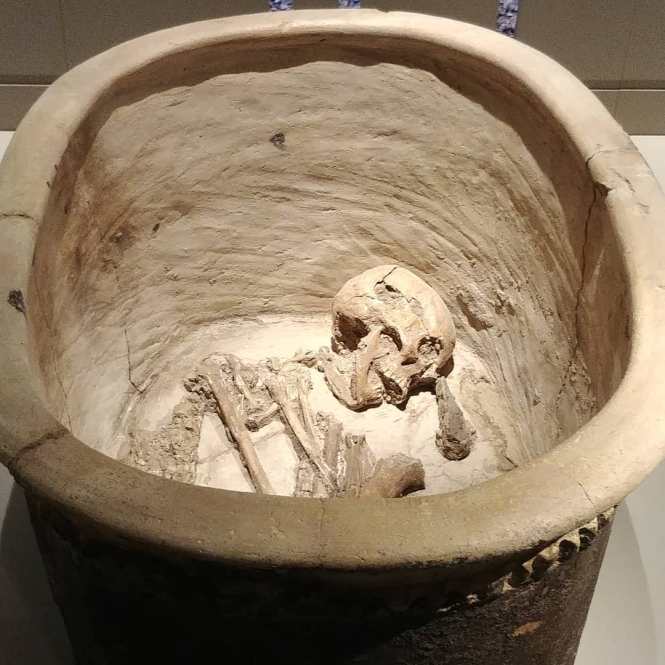 Bahrain represents one of the world’s oldest civilisations, the Dilmun people; their unique burial customs included the use of clay jars or small coffins to enclose the bodies, and an estimated 170,000 ancient burial mounds have been found throughout the island — resulting in UNESCO inscription as world cultural heritage.