Argentina has long played a pivotal role in South America. Leading the independence movement from Spain after centuries of colonialism, the country then tended toward ‘strongman’ leadership — ultimately to a military dictatorship in the 1970s which saw thousands of accused dissidents disappear. Though now a democracy, this legacy continues today: beautiful Buenos Aires sees businesses with locked doors during working hours, admitting customers one at a time; when asked, people just shrug and admit to generalised distrust — including of police. On further inquiry, ordinary citizens state that in times of uncertainty a ‘strong’ government is necessary — which is precisely how dictatorships are invited in. 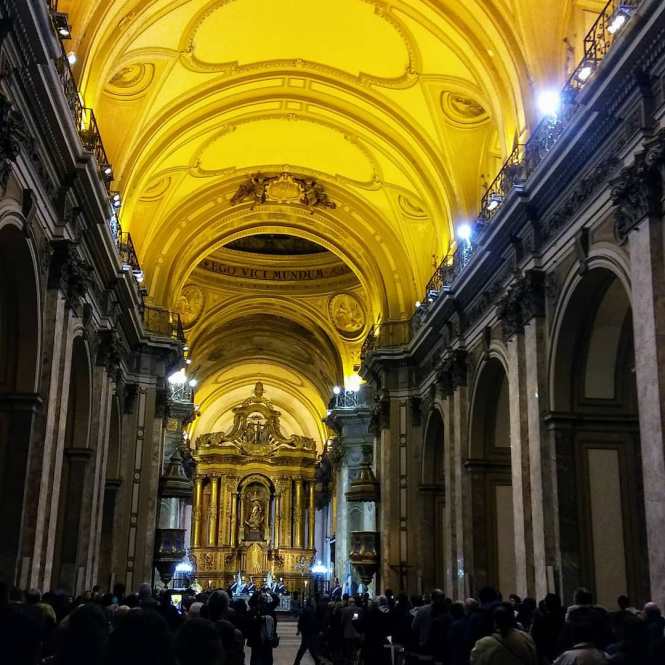 The church remains important in Argentinian life. Spanish colonisers introduced Catholicism; the largest immigrant group today is Italian, with Spanish a close second and most Argentinians of European origin. While 80% identify as Roman Catholic today, a majority are non-practicing; yet, the religion remains a major influence in government and in the society overall. It is of note that the country also has the largest Jewish population in the continent.

The Recoleta Cemetery in Buenos Aires is one of the most unusual and famous of its kind in the world; built like a small town, each mausoleum looks more like a home for the deceased. Some are historic, others quite modern and often ornate; some of the interred, notably former First Lady Eva Perón, are well known while others are represented in charming ways. There are more than 6000 such ‘houses’ and a map — including street names. A city — like no other — within a city. 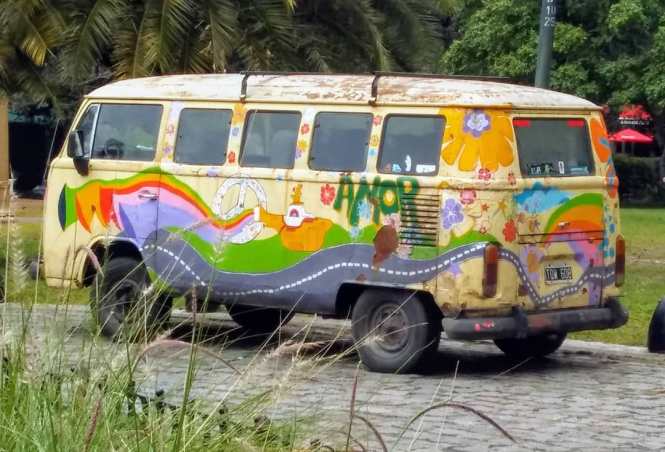 The artist community in Buenos Aires is alive and well. Known for its street art and for the tango, the parks are also filled with sculpture and galleries and museums abound. What’s less well known is that the nation had its own counterculture or ‘hippie’ movement in the 1960s, still in evidence today. September, the beginning of spring, has a Day of Peace and the Day of the Student [a nod to protests]; ‘rock nacional’, a music unique to Argentina, originated from the 1960s movement. Many independent culture centres throughout the country are part of this legacy.

In Argentina’s dictatorship era, 1973-1983, thousands of accused dissidents disappeared, never heard from again. Their mothers, and other women in support, created a unique women’s association which continues to demand answers as to the victims’ whereabouts, and accountability, from the government. Now they have issued a warning to the world: that in this era of ‘alternative facts’ and political spin, the same thing could all too easily happen again. Wearing white headscarves as their symbol, the Madres continue to demonstrate.