Kosovo is a tiny landlocked country in Europe’s Balkan region, in an area inhabited by humans for 10,000 years; earliest cultures in this area include Starcevo and Vinca. The area was occupied by Romans, then by Slavic migration, an identity predominant today; other major influences have included Bulgarian Empire, Byzantines, Ottoman rule, and Yugoslavia — first kingdom, then Communist, and Serbia. 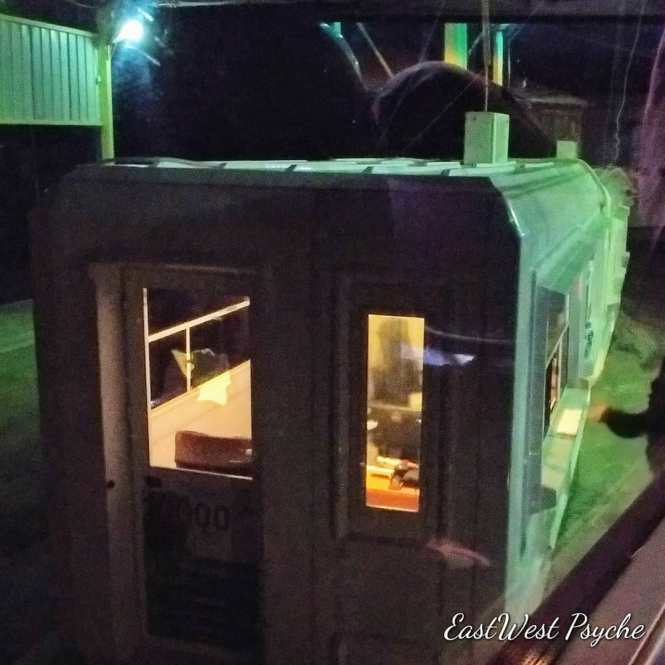 The statehood of Kosovo is denied by Serbia, which lays claim to the area; Kosovo first declared its independence in 1990, and fought a bloody war with Serbia for more than a year (1998-99), finally declaring full independence only in 2008. To date, 112 UN states recognize Kosovo’s sovereignty, including all Balkan states except Serbia; another 11 have withdrawn their initial support.

The people of Kosovo are typically seen as a mix of Albanian, Ottoman, Romance, and Slavic cultures. While more than 95% identify as Muslim, the society is secularised and freedom of religious belief — including the absence thereof — constitutionally protected. Kosovo ranks 1st in Southern Europe and 9th globally for its religious tolerance.

The war for independence, fought a mere 20 years ago (1998-99), remains very much in the social consciousness. This one is dedicated to all those who went missing during that time — an estimated 1600, still unaccounted for. Earlier this year, an exchange of remains was pledged between Belgrade and Pristina — though with little action thus far.

The Heroinat Memorial may be Pristina’s most poignant remembrance of its war victims. A powerful tribute to women who were subjected to rape as a war crime, it is made of 20,000 pins — the estimated number of women victimised. Many women fought in the war, more in the resistance movement. Like all such memorials, this provides a public space of mourning and tribute. 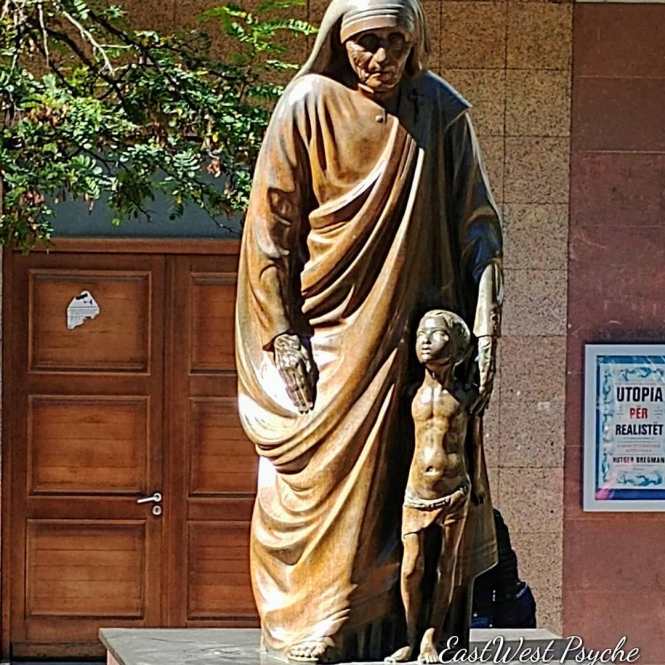 The Mother Teresa Society established support services in Kosovo as of 1990, in the period leading up to and including the war for independence. Interestingly, in an overwhelmingly Muslim population, a Mother Teresa cathedral was built in 2007 and finally consecrated in 2017. Only 2% of the population is actually Roman Catholic.

Daily life in Pristina and elsewhere in Kosovo keeps to its traditions even as it continues to modernise, as seen in its street markets. Here the men are seen working side-by-side with the women, the market typically situated near a mosque — both at the centre of village life. Gender roles remain more traditional, however; women have the right to work, vote, and own property — but still own less than 10% of businesses. 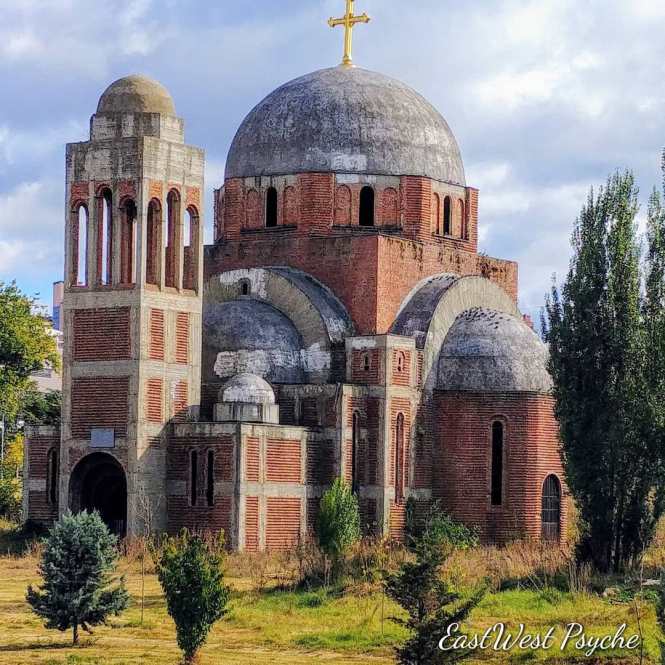 The now defunct Christ the Saviour Serbian Orthodox Cathedral in Pristina serves as a visual reminder that the conflict between Kosovo and its former overlord is far from resolved even now. NATO actions in support of Kosovo during its independence war have been questioned; Serbia refuses to recognise Kosovo’s sovereignty. Last year, an ethnic-Serbian politician in Kosovo was murdered; Serbia blocked Kosovo’s entry into Interpol, after which the latter raised tariffs of the former. Peace talks were resumed this year — though without progress. And so the conflict continues.