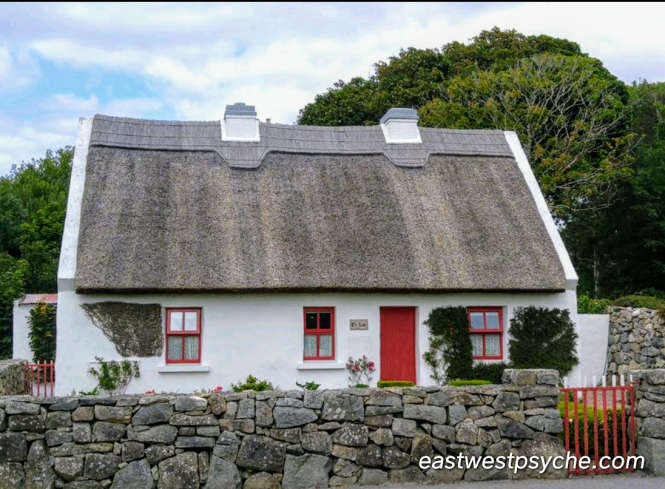 Ireland is commonly thought of as a charming culture focused on enjoyment of life — though with a history of tragedy and oppression, poverty and famine. Ranking highly on independence and assertiveness as well as ‘indulgence’ or general enjoyment, and low on risk aversion, power distance and long-term orientation [Hofstede’s Cultural Dimensions], Irish culture is largely focused in the moment — possibly with an element of ‘nothing to lose’, as a history of hardship will bring. 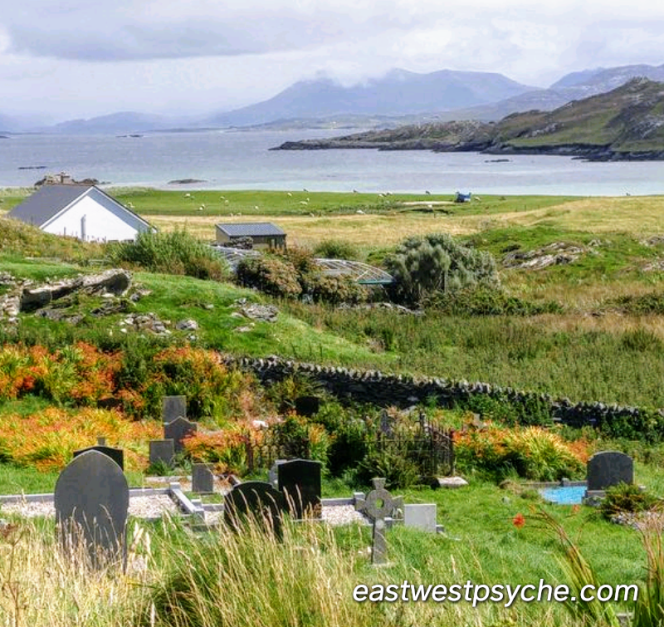 Though evidence of human inhabitants stretches back at least 8 millennia, Ireland’s deepest cultural underpinnings are that of their Celtic ancestors, thought to have arrived on the island approximately 3000 BCE. A nomadic people once found across the European continent and parts of Eurasia, they were systematically eliminated by opposing social forces in other regions — except in Ireland, where the Celts were successful in maintaining their way of life. Language, traditions, and cultural habits are thought to stem from this early influence.

The Gaeltacht, areas along the western coast of Ireland that still speak the native language of Gaelic and, to a certain degree, maintain traditional Celtic ways, are a source of pride for Irish people. Colonisation and oppression by England, over several centuries, was severely damaging to Irish culture — though its revitalisation, and a valuing of those regions that preserved these traditions, is alive and well today. The Connemara region in County Galway, world-famous for its pony, and nearby Aran Islands make up the largest of the Gaeltacht, along with Dingle in the southwest.

Long an area of rival kingdoms, with the concept of “high king” emerging in the 7th century, Ireland was never a single unified area — which made it all the more susceptible to its larger neighbor. Viking raids and settlements began in the 9th century, and Norman and English raids by the 12th. Irish culture reasserted itself in the 15th century — though English rule was reinstated just 100 years later, with complete unification as of 1801. After numerous struggles for independence, and partition in 1921 from what is today Northern Ireland, the country regained its freedom in two stages: a new constitution in 1937, and in 1949, the birth of a new republic. 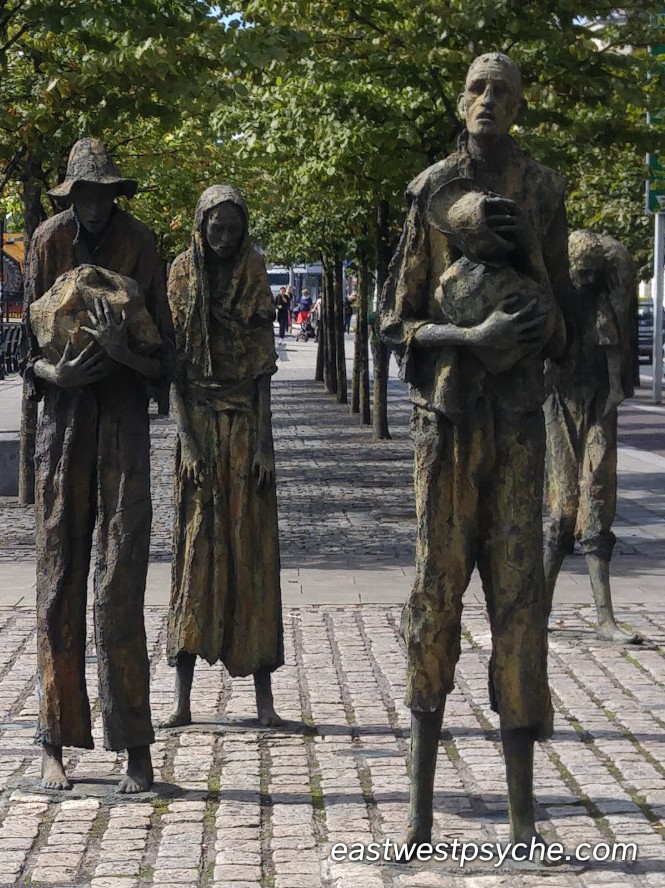 Two significant famines struck Ireland, causing tremendous social rifts in addition to a large loss of life through starvation as well as epidemic. The first, 1740-41, was caused by sudden climate change and killed 300,000-480,000 or 13-20% of the population; the second, 1845-49, brought about 1 million deaths — and spurred a mass emigration of 1-1.5 million, changing forever the social landscape. The loss of life hit hardest in the Gaeltacht, rural and impoverished, resulting in cultural as well as human loss. Fear, insecurity, profound loss, and a focus on survival are thus embedded in the cultural milieu.

Three lighthearted elements define Irish culture — as, indeed, does ‘lightheartedness’ itself, perhaps once as a defense and survival mechanism. Expressed in the Gaelic word craic, without English equivalent but encompassing enjoyment of life, emotional fulfillment, and the companionship of others, these elements include music, storytelling, and humor. In an historical context including centuries of invasion and oppression, devastation and sorrow, survival of the human spirit depends on such things. 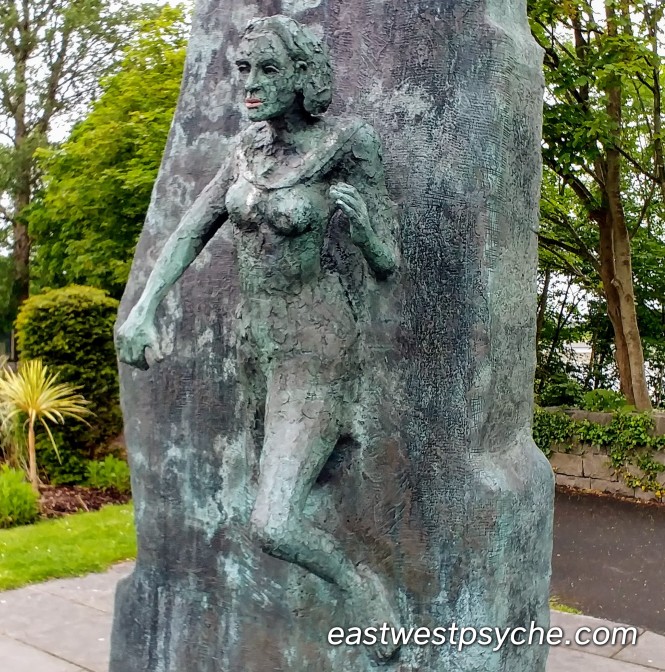 ‘Equality Emerging’, as this Galway sculpture by John Behan is entitled, depicts the ever-increasing status of women — and of people overall. With half the population gone in the span of half a century, due to mass death and waves of emigration, Ireland needed to recover from the social shock — and, to some degree, recreate itself, their newfound independence giving them full license to do so. Arising from one of the most impoverished European nations to the highest growth rate in the EU for 2019, its GDP ranked globally at 5th (IMF) / 6th (World Bank). The nation has a strong focus not only on ever-increasing quality of life, but equality, for all. 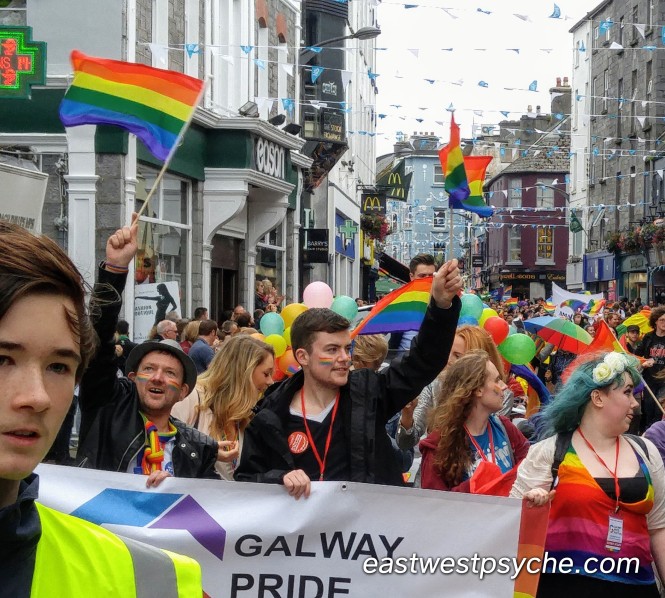 Equality for all has pervaded the Irish culture, now more egalitarian than most with a power distance rating of just 28% [Hofstede’s Cultural Dimensions]. Once a staunchly Catholic country with nearly 80% still nominally identifying as such, religious influence has declined dramatically in the past 5-10 years — and Ireland increasingly liberal on its way to becoming a de facto secular — humanistic — nation. The final barrier, and current advocacy: the Church’s continued influence over state education.