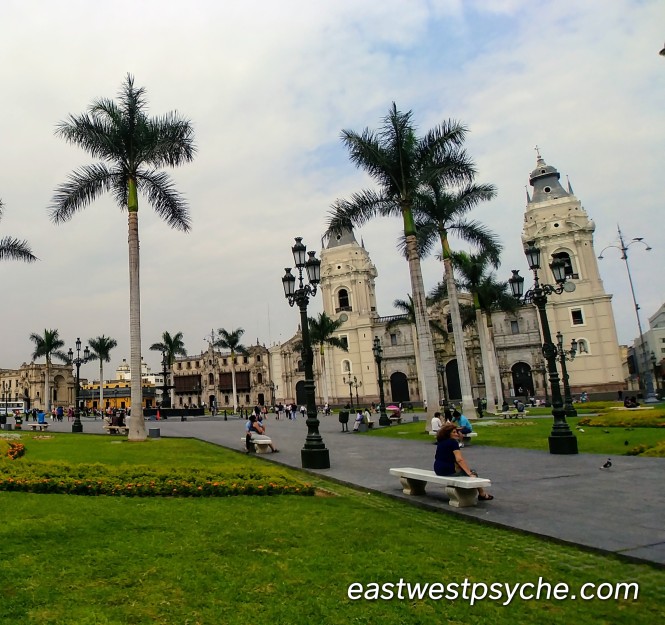 Peru, 4th most populous country in South America, is one of the world’s 5 cradles of civilisation; in an area inhabited for more than 6 millennia, the Norte Chico established the first civilisation of the Americas in 4th century BCE. Several major civilisations later, culminating in the Incan Empire, the Peruvian story then begins a similar track to that of its neighbors: 2 centuries of Spanish colonisation including African slave trade and cultural genocide, independence followed by a series of dictatorships, and a legacy of political instability and economic disparity. However, things are looking up: as one of the Pacific Pumas, Peru’s economy is on the rise; politically, 26 January will bring an election for all 130 congressional seats, following presidential dismissal of same in October 2019 — and the chance for a fresh start. 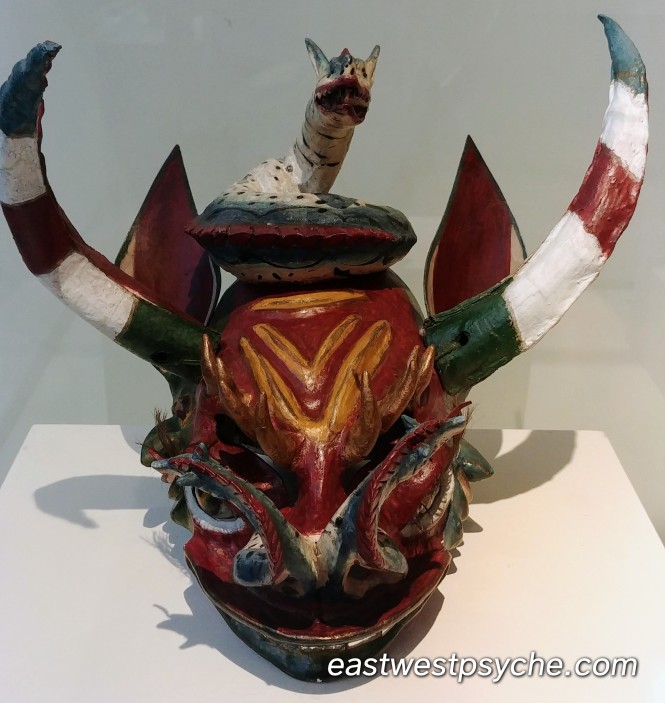 In addition to the first, Norte Chico (3200-1800 BCE), Peru has been home to a number of ancient Andean civilisations; following Norte Chico, those that endured for 5+ centuries include Cupisnique, Chavin, Paracas, Nazca, Wari, Chimu, and Mochica, more than one of which extended well into the 1st millennium CE. The Incan empire, largest such in pre-Columbian America, emerged much later in the 15th century with its capital in Cusco, Peru; it was the Incans who demanded worship of a sun god, Inti, replacing earlier deities including Pacha Mama, goddess of earth and time — which represents a distinct cultural shift. The Incans were replaced by Spanish colonists a century later. Today, in addition to mestizos (60.2% who claim both indigenous and Spanish heritage), the largest ethnic minority group is Quechua at 22.3% — and the Peruvian culture generally described as a blend of indigenous and Spanish traditions and values.

As in other areas of the continent, Peru was attractive to the Spanish for its mineral richness — especially, gold. Pre-Columbian civilisations crafted it in the worship of their gods and for tribute to sovereigns as well as for ornamental purposes; the conquistadores sent much of it back to Spain and to the Catholic Church. Peru remains today the world’s 7th largest producer of gold — illegal mining of which has devastated its rainforest. 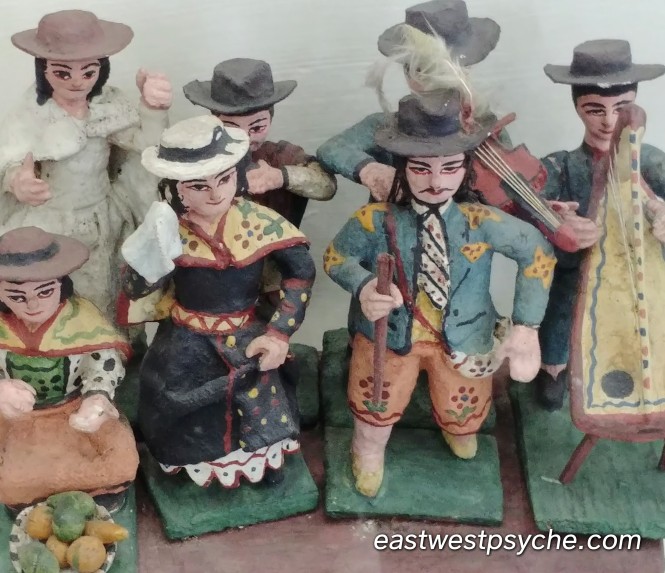 As in most of South America, 2+ centuries of Spanish colonisation in Peru remains a highly significant cultural influence today. The official language is Spanish and majority religion, Catholicism (often syncretised with indigenous beliefs and practices). Hierarchy instilled by the conquistadores remains relevant in a complex social structure. A lack of social cohesion, including discrimination against indigenous groups, is a modern struggle; the legacy of African slave trade, abolished in 1854, lingers in the Afro-Peruvian community. Lack of sovereignty for such an extended period, and the political vacuum and lack of infrastructure in the aftermath, resulted in increased vulnerability to a series of dictatorships and terrorist activity — as well as economic dependence and poverty. 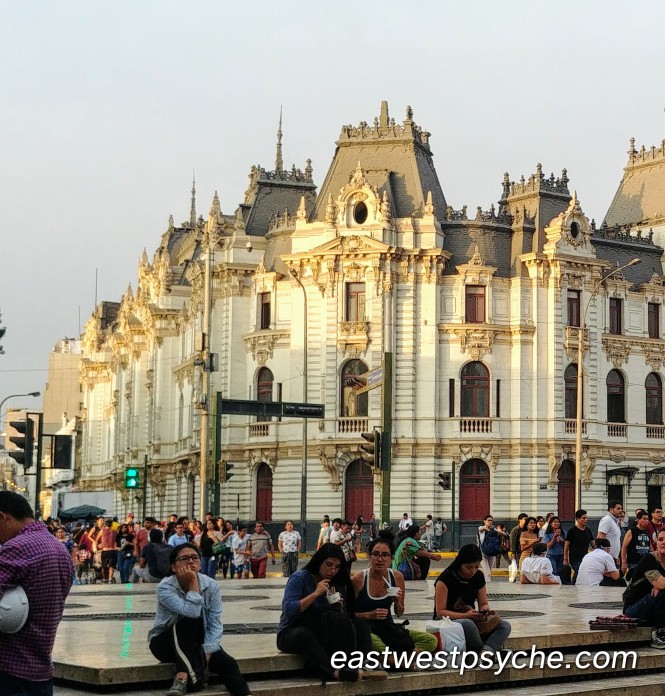 Land reform in 1950s Peru brought an end to the hacienda and debt bondage tradition of Spanish colonialism; the Agrarian Reform Act of 1969, under military dictator Juan Velasco Avarado, saw redistribution of land to former peasants — without also providing training in how to manage it. This brought about increased poverty and even state bankruptcy, sparking mass migration to the cities for the sake of employment; it represents a watershed moment in modern Peruvian history, a major sociocultural shift including the fracturing of social bonds. 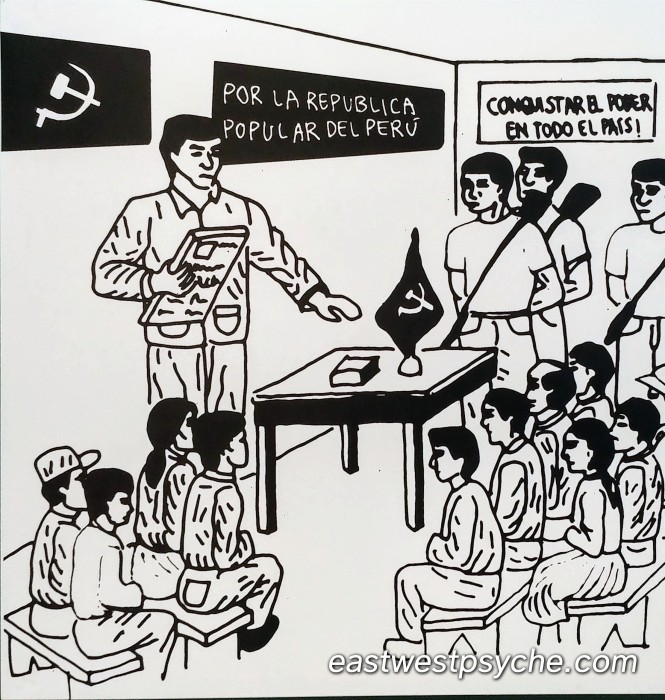 The Shining Path, communist party in Peru, emerged in the 1960s as a means to political change; it gained strength following the disastrous land reform policies of dictatorial President Velasco. In 1980, along with another revolutionary group that no longer exists, it launched a 20-year internal conflict in the country which resulted in an estimated 70,000 deaths, though activity declined after 1992 with the capture and imprisonment of its leader, Chairman Gonzalo. Former President (1990-2000) Alberto Fujimori, credited with the capture of Gonzalo as well as economic reform, was also accused of dictatorial practices — including the use of a death squad in 3 massacres, and other human rights violations. He fled the country in 2000 and in 2005 was extradited, tried, and imprisoned on multiple charges. A presidential pardon in late 2018 saw two days of massive citizen protest, and was  revoked. There is still an approximate 30% support for him, however — and his daughter Keiko, elected to congress in 2006, has campaigned for the presidency in 2011 and again in 2016 — losing only by a narrow margin each time. 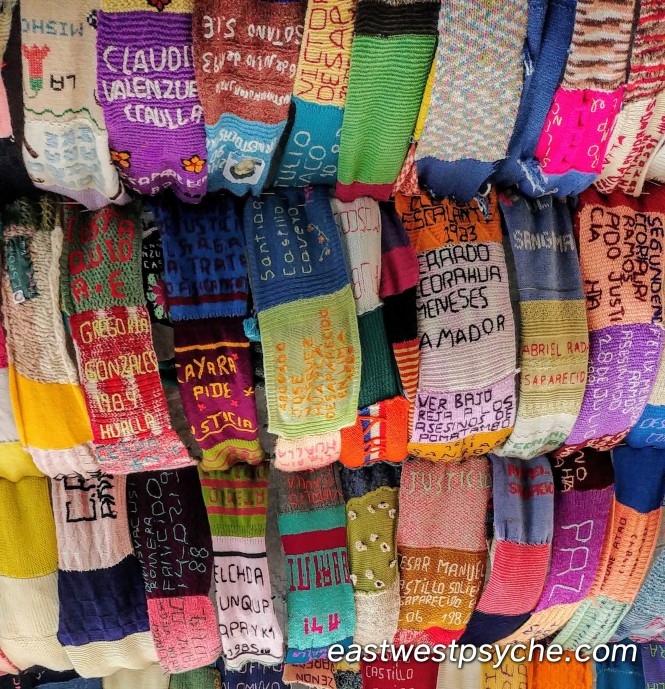 Peruvians still struggle to come to terms with the physical and psychological devastation of their internal struggle — which is as yet unresolved. A truth and reconciliation commission issued its findings in 2003, including not only 70,000 casualties and multiple acts of terrorism but also 8,500-15,000 ‘disappearances’, largely from the Quechua indigenous community — people unaccounted for to this day. Naturally, there are competing memories and conflicting cultural narratives, which makes for even greater social dissolution. One initiative for truth and healing, Chalina de la Esperanza or the Scarf of Hope (2009-2011), involved women from all parts of Peru who knitted together in public spaces — each scarf, ‘knits as DNA’, representing one of the missing persons.  El Lugar de la Memoria, la Tolerancia y la Inclusión Sociale — The Place of Memory, Tolerance and Social Inclusion, is an exhibition space in Lima that opened in December 2015, to remember, educate, and encourage dialogue and healing. 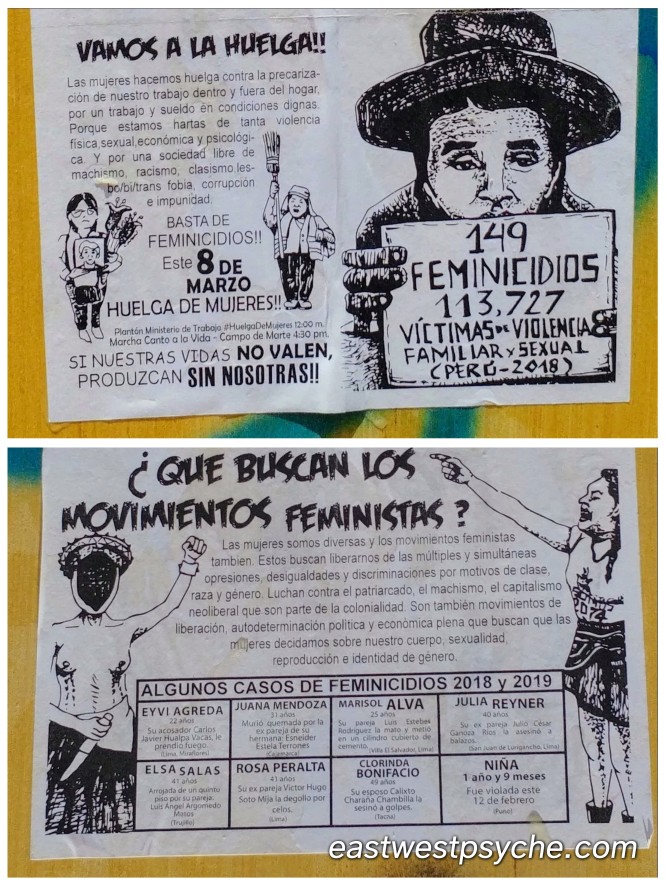 As in many other countries, women in pre-Columbian Peru held a more egalitarian status with their male counterparts than they have subsequent to Spanish colonialism, which introduced a strongly patriarchal system. Ranking 52nd on the Global Gender Gap Index [WEF] and 83rd on the Gender Inequality Index [UNDP], women most recently represented 28% of the parliament (until it was dismissed in October 2019), in part the result of a quota system; 57% of adult females have achieved secondary education, with 70% participation in labour force. OECD estimates that nearly 50% of Peruvian women have been subjected to physical or psychological violence — resulting in 149 deaths in 2018; state-sanctioned forced sterilisation of indigenous women took place in some measure as recently as 20 years ago. On the positive side, in indigenous communities women control finances in 75% of households, and domestic labour is shared between women and men. 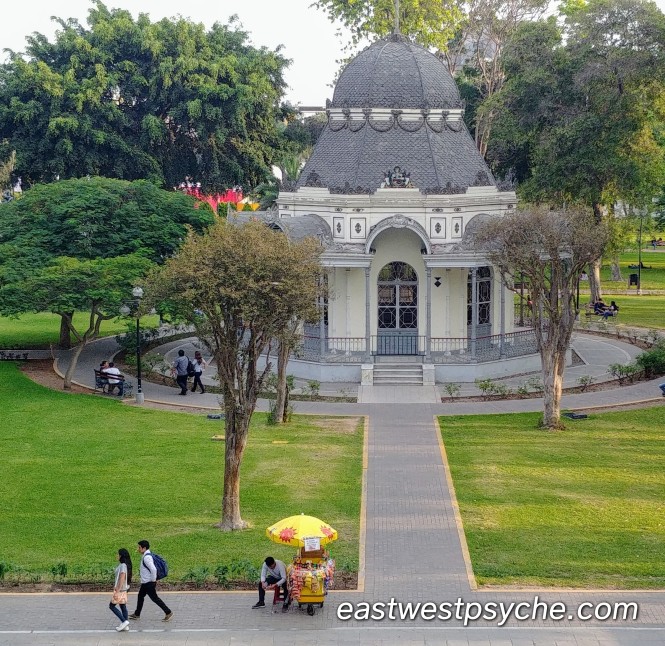 Peruvian society today has begun to heal the rifts and the trauma of the violent 1980s and ’90s, though this is in early stages; their economy also appears to be strengthening, due in part to a sharp increase in tourism. With the recent prosecution of a former president for corruption and bribery as well as human rights violations, they may be on their way to improved human rights and an increased transparency in government — with an entirely new congress following the election just 1 week from this writing.